Grab a cup of coffee or hot chocolate and be encouraged with some mini devotionals..... 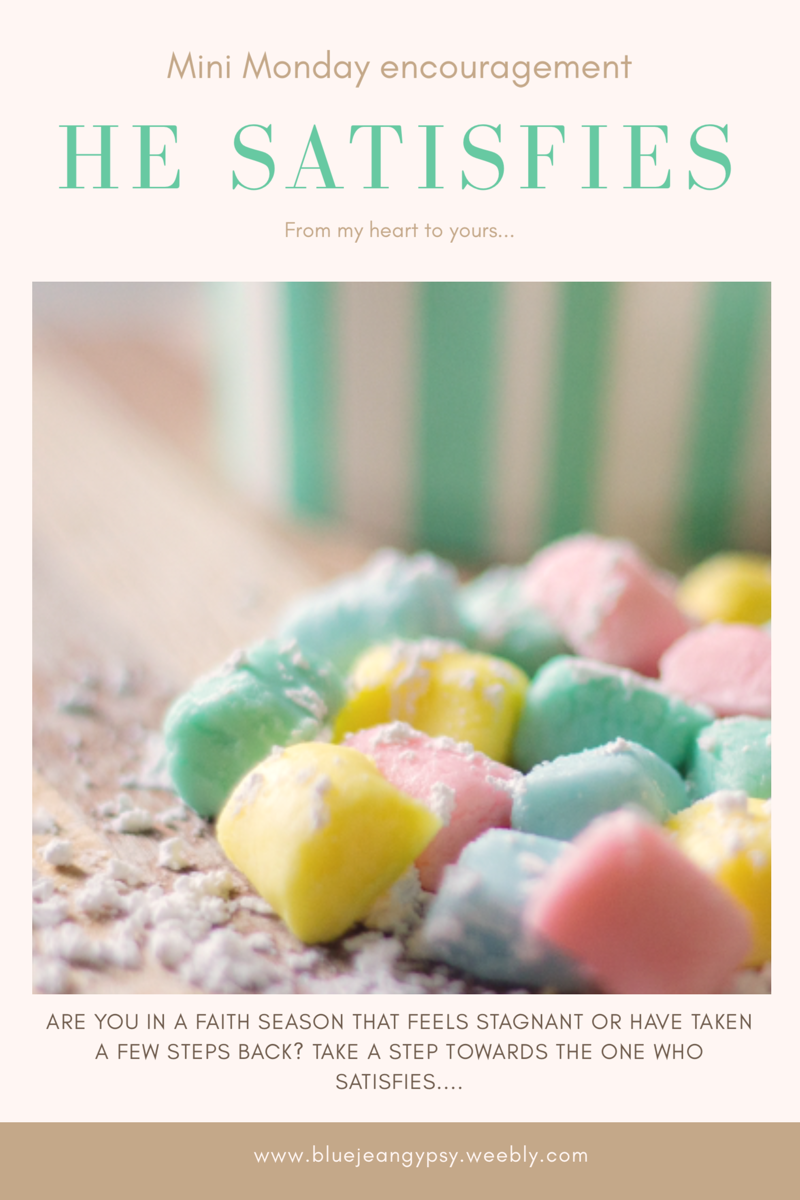 I always take notice when a verse has an exclamation point....

There are as many seasons in our faith as there are in our life. I don't know what season you are currently in, but if it's one where your faith seems to have taken a step back or feels stagnant, read this verse again. And then again. And yet again.

Samuel didn't give this warning to the Israelites because it was a slim possibility that they would fall back into old ways of worshiping some of those idols again. He warned them, because without guarding their hearts and having their eyes set on the Lord, it was a REAL possibility. And there is nothing like a stagnant season or a few steps back that can let our guard down. And in doing so, often a few of our own idols (something that becomes more important to us than God) seep back into our life.

Take a few moments today, no matter what season you are in, to reflect about what idols might be lurking around that either 1. you have let back in your life, or 2.that you need to guard your heart against.

Whether your feeling like your sitting in a stagnant season or not., if something is becoming more important than Christ in your life, I encourage you to pray about it! These "idols" as Samuel says are "useless"! They will never fill you with the completeness you are looking for. They are temporary and eventually will leave you wanting more. But Jesus? He will satisfy. A deep, down to the bone kind of satisfaction that we will find NO where else!

Don't go back! Keep moving forward and "fill" up with Him that truly satisfies! 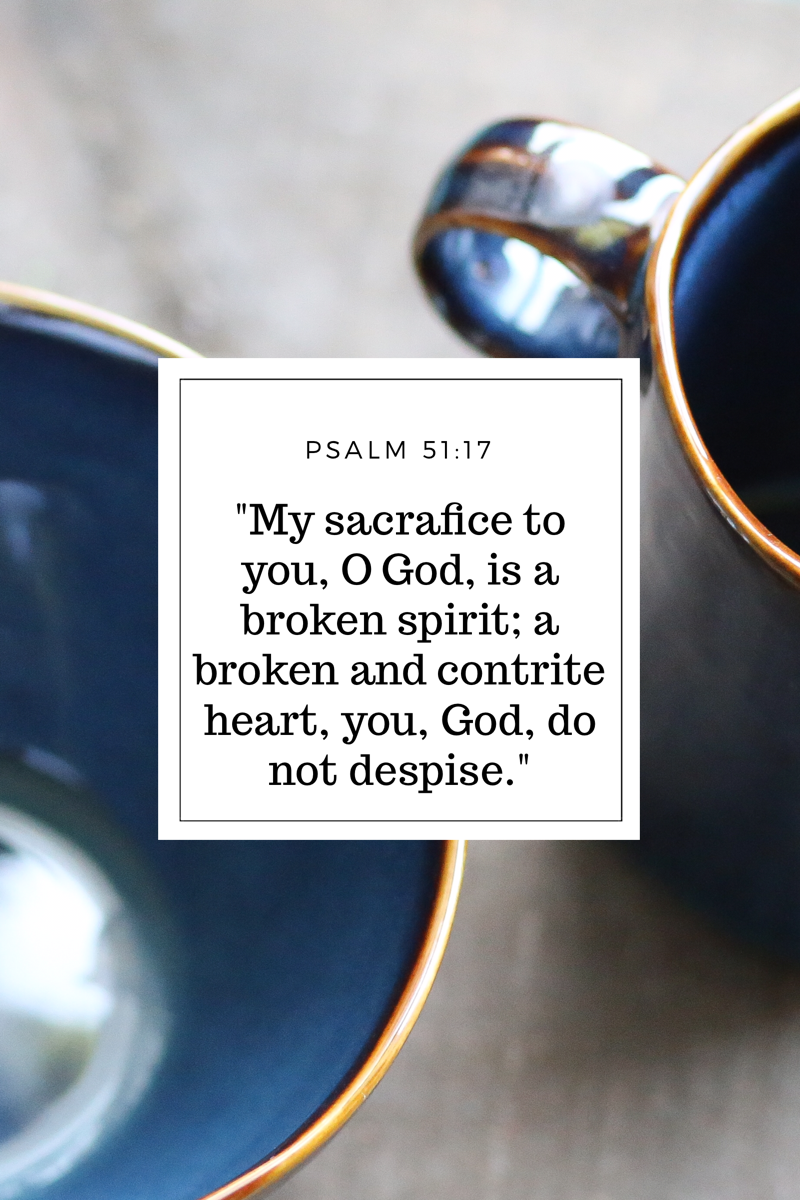 This has long been a favorite verse of mine. Because it spoke straight to my soul the first time I read it, I wanted to fully understand what a broken and contrite heart was.
A contrite heart is one humbled by its own brokenness and guilt, it makes no excuses and is fully aware that it's righteousness comes from God alone. It is a heart that embraces the need for God's mercy and truly desires a more holy life.

So what does a broken and contrite heart look like?

I studied this for quite some time and here are just a few examples to reflect upon during the week.
A broken, contrite heart is:
~ overwhelmed with the awareness of their personal spiritual need
~ can forgive because they have been forgiven
~meek
~ genuinely wants to serve others
~ truly cares about the success of others and lifts others up
~willing to get close to others and take the risk of developing deep, loving relationships
~lives transparently and allows others to see their weaknesses, flaws, and sin
~ compassionate
~ elated when God chooses to use them and sees their worthiness through God's redemption in their life

Is this your heart today? 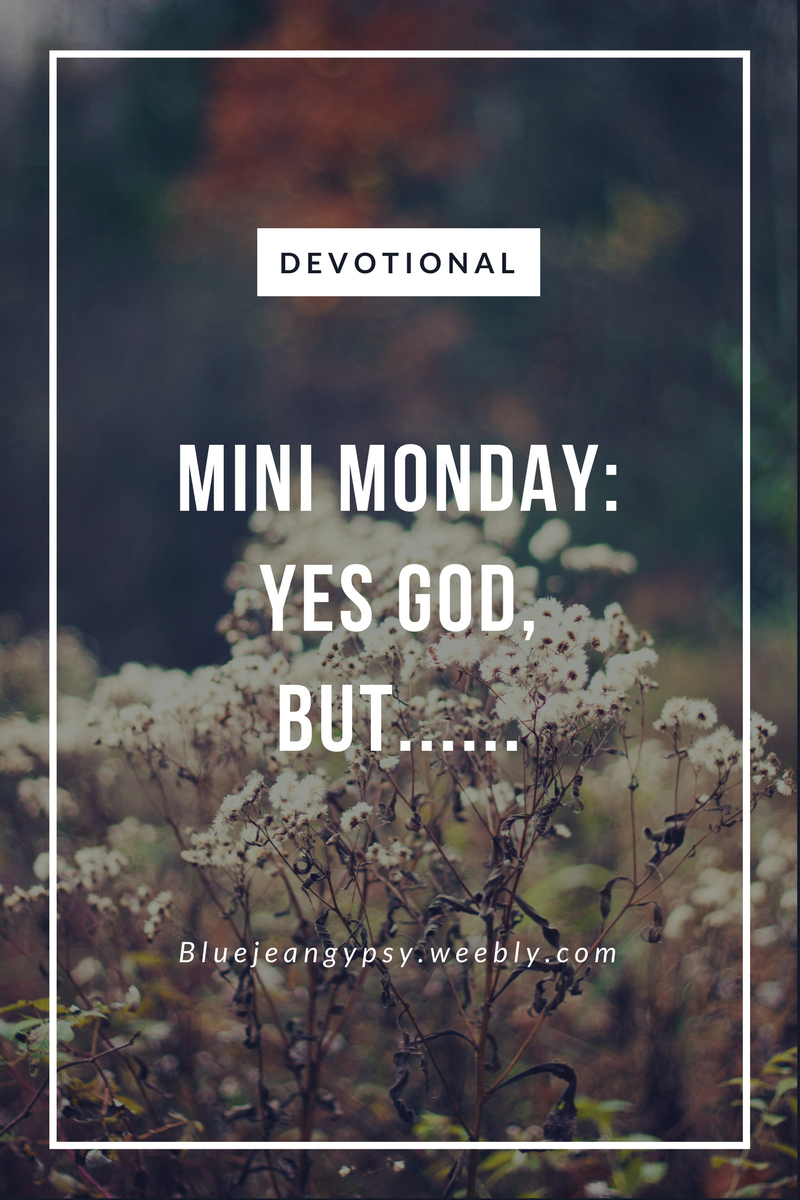 In 1 Samuel 15, God commands Saul and his army to defeat and destroy all of the idolatrous Amalekites, along with all the plunder.

Now, Saul does defeat and destroy them, BUT, he lets the king live. And....he and his men take some of the plunder with them that they find appealing.

When he is questioned, Saul tells Samuel that he did obey the Lord by destroying the Amalekites, he just let the king live and took some of the plunder with him to use for sacrifice. Really he was saying, "Yes, God, but..." It is important to ask ourselves what our "yes, God, but" is really about.

Are we allowing ourselves to "plunder" in ways we should not?

Are we fearful of letting go and letting God be in control?

Are we letting people or things - "idols" - live in our hearts and decisions that we should be letting die?

Are we working at destroying sin and idolatry in our lives, but allowing just that one thing to remain and live without trying to destroy it?

Samuel's response to Saul in 1Samuel 15:22, is to tell him that obedience is better and more pleasing to the Lord than any offering or sacrifice.

Reflect for awhile on these things today. Presently, what are you saying, "yes, God, but..." about? 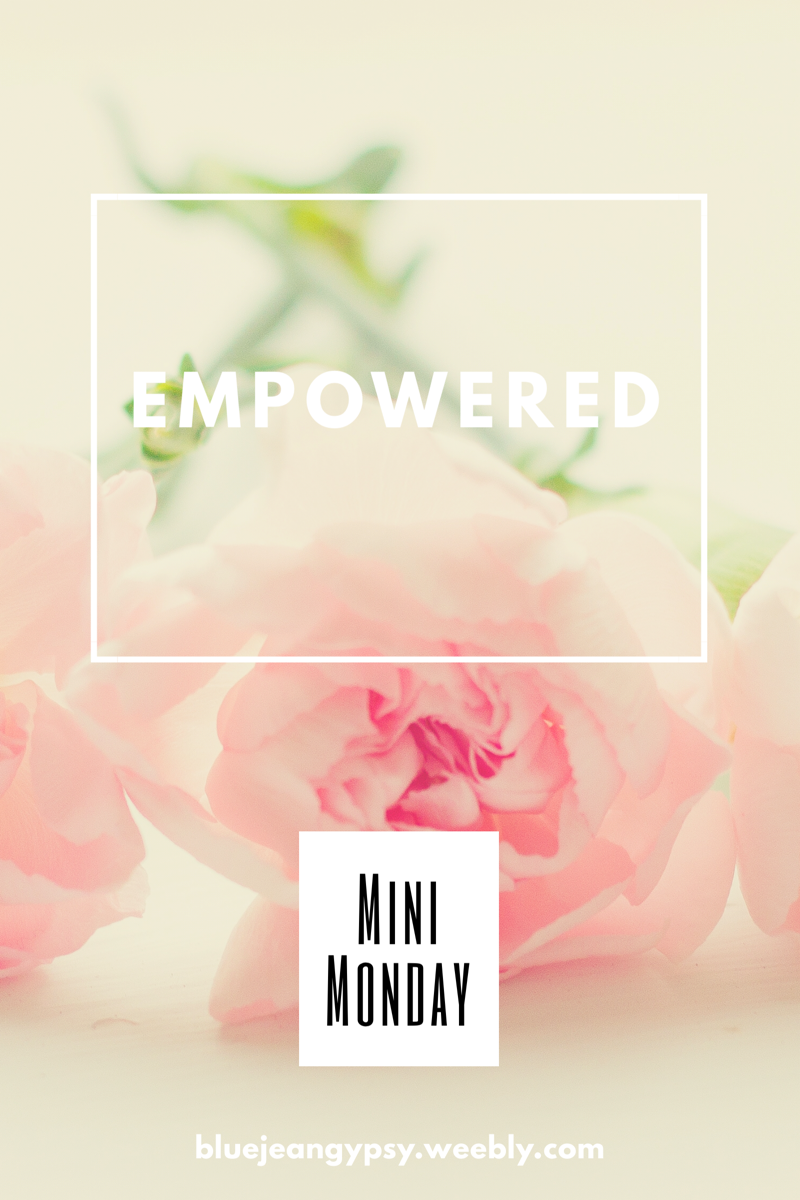 I spent years trying to do it alone. On my own. To empower and strengthen myself by myself.

But that's my old life. The old me.
​
​We were meant to be empowered by a mighty God. And when we let go and allow Him to empower us? When we stop struggling over who is in control-Him or us? Nothing is impossible!

He empowers us in ways we never imagined.

In ways we could never have dreamed.

In the ways we need.

Empowered by the one who can move mountains? The one who is a mighty warrior? Why did I ever say no?

People use to tell me how strong I was for all I'd been through. I will let you in on a secret. I wasn't that strong. But now that Christ is in me? Now I am truly empowered. Empowered by the One who can move mountains. Empowered by the mightiest of warriors. And there is no looking back!

If your "waiting" to give Him control. Don't wait any longer. Let Him empower your walk today. And then watch what HE can do! 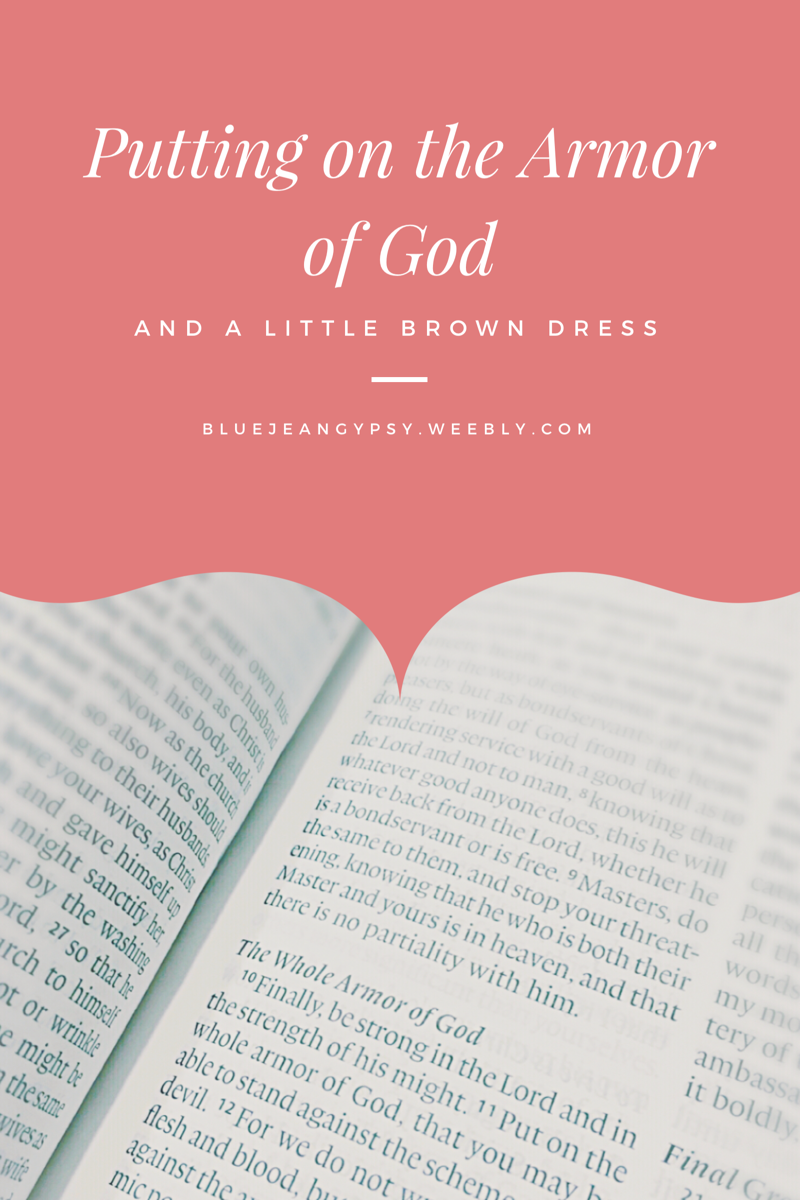 I have two older sisters and growing up my wardrobe consisted of hand-me-downs. One day my mom handed down a dress to me. It had a brown skirt with a blue, white and brown striped top and a hood. It was my favorite. I wore it to school one day, and getting on the bus, I felt so beautiful! But you see, my sister is 9 years older than me. That outfit? No one else thought is was cool. And kids let me know it. I went from feeling beautiful to feeling like nothing.
I let that outfit, I let the unkind words, define me. My identity was in them. And I struggled with that for a long time. ​

I would like to say that my identity is never in worldly things anymore. But that would be a lie. While I have grown leaps and bounds in putting my identity in Christ, I still have work to do. If we are honest, and take a close look, we all can find ways that we place our identity at times in worldly things.

Right now, I'm choosing to claim the following verse:
Ephesians 6:10-11.
"Finally, be strong in the Lord and in the strength of His might. Put on the armor of God, that you may be able to stand against the schemes of the devil"

The enemy will try to convince you that you are not enough because you didn't get that promotion, you put on some weight, you quit school, made a poor decision, your not as talented or pretty as the woman next to you, your work goes unnoticed or a million other things. But I'm not putting that on anymore. I'm not putting on the brown dress. I'm putting on the Armor of God.

I'm putting on truth and wearing righteousness. I'm dressing in faith and walking with peace on my feet. My accessory? Salvation.
Why?

Because each morning I want to put on what's from above. Because when we put that armor on, we don't hear what the world has to say. Instead we hear what the armor is breathing into our souls....
I am loved.
I am forgiven.
I am redeemed.
I am God's masterpiece.
I am God's child .
I am justified.
I am complete.
I am given a spirit of power not fear.
I am given Grace.
I am strong in Christ.

What are you going to wear tomorrow morning? 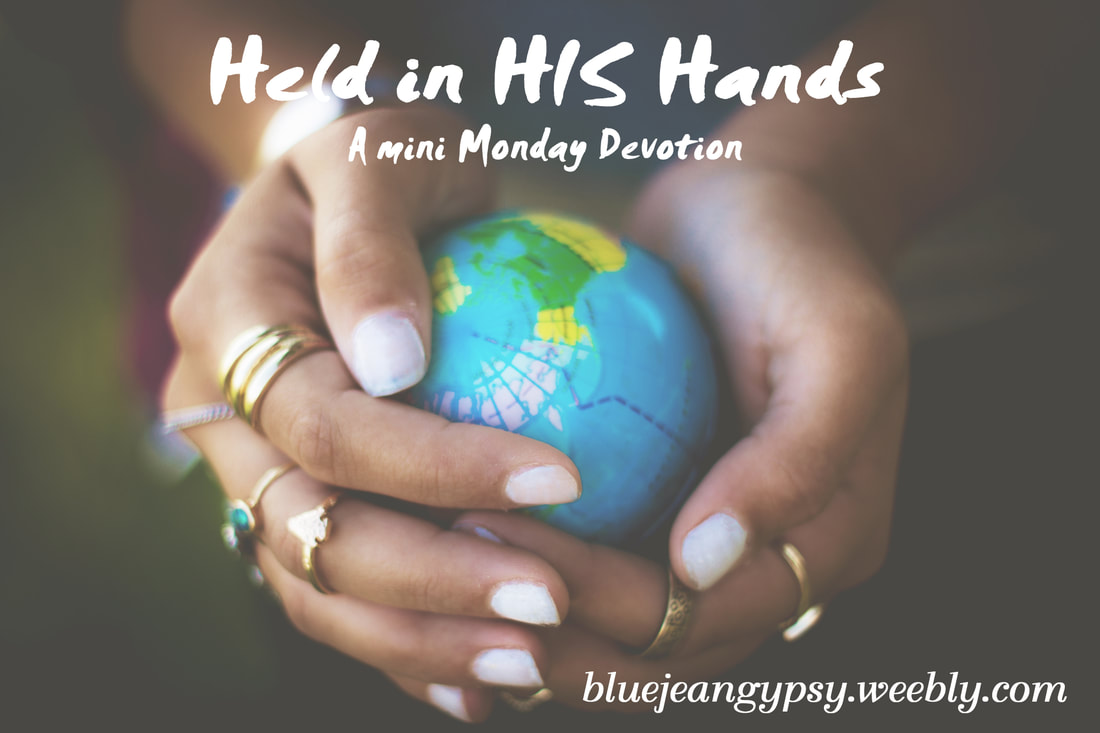 "He holds in His hands the depths of the earth and the mightiest mountains." Psalm 95:4

Wow. Have you ever really thought about this verse? Stew on it a moment. He holds the earth and its depths in His hands...how mighty is our God? What can't He do?
The answer is nothing. There is nothing He can't do. Do you believe that with your whole heart?

Moses did. In Exodus, God promised to free the Israelites from Egypt. Many of us know the story. But think for a moment of being given this promise today. Imagine being a slave. A slave to a mighty pharaoh. A nation of slaves to a powerful and feared nation. God said He was going to set them free.

And Moses believed it and followed God's lead. Despite what seemed impossible.

Do you ever feel God is calling you to do something impossible? That there is a mountain in front of you that seems insurmountable? That the way out, or through, a circumstance is just too hard? That you will never be free from whatever prison is holding you right now?

Let me repeat it. Nothing is impossible with God. He holds the world in his hands. And His promises are the same today.

Choose today to be like Moses. To trust God WITH the impossible, in spite of what SEEMS impossible and to do what you possibly cannot not do on your OWN.

Choose today to believe the impossible. 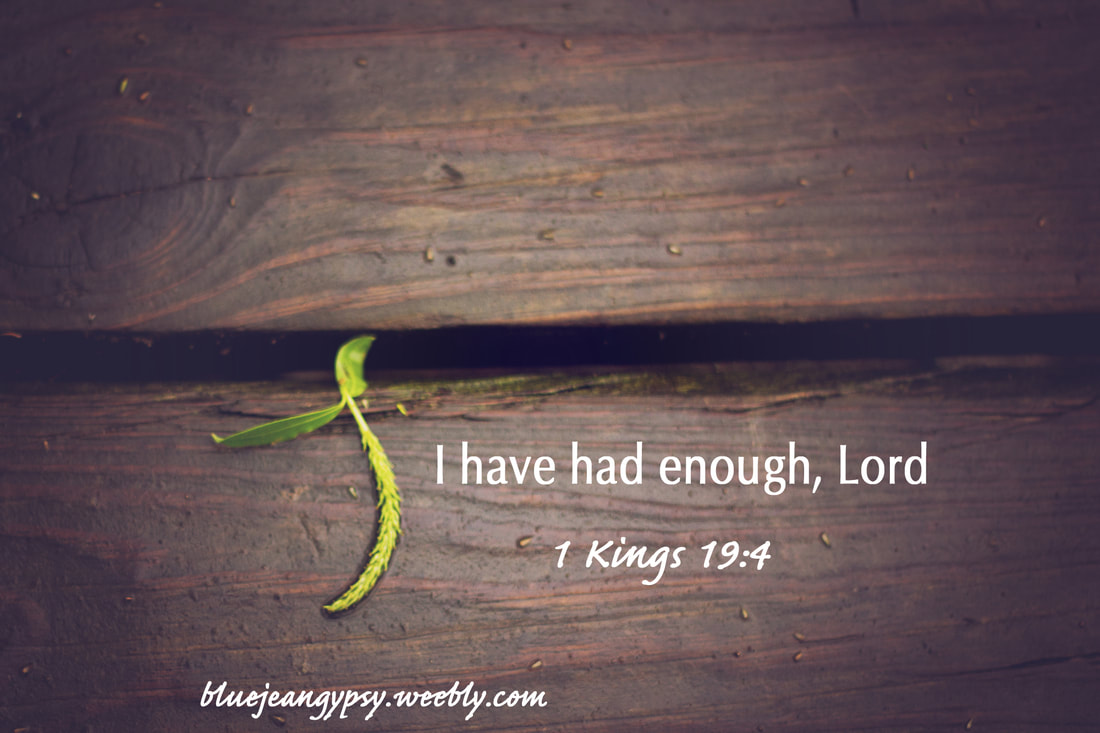 For a season like this....I read 1 Kings 19:4 in a season recently, when I was feeling overwhelmed, unequipped, attacked, and anxious. Have you had or are you having a season like this?
Pride kept me from admitting aloud, for awhile, my need and distress. So, when I read the words in 1 Kings 19, of how Elijah, a great man of God, called out and said he had "had enough", it was like a light shining out to me. It was a beacon that beckoned me to shed my pride and run into the harbor of my Father's arms.
Now, when Elijah had enough, God didn't take away his trials, He fed him. He gave him something to drink. He strengthened him for what was ahead.

If your in such a season as this, and you have had enough, remember there is nothing our God can't handle. Tell Him you have "had enough" and I will meet you at the table where He continues to feed and strengthen me.